There are two more Watercolour sets being released on the Ai blog today!  Here's my project with #5527 - WC Cape Cod Village 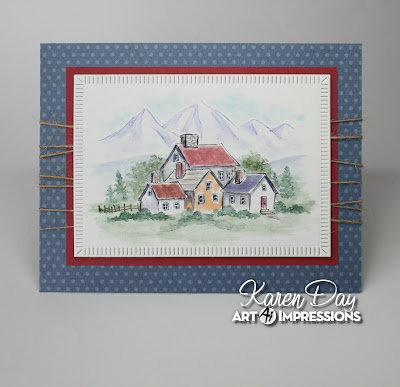 I coloured the smaller image with #969/565 and stamped it on Bristol Smooth Cardstock (I haven't used this in a while!).  After pulling out the colour with my damp #4 brush, I picked my palette of colours, using #569/993 and a mix of 856/969 to make a rusty, muted red shade - then painted in the houses.  I chose to have the sun coming in from the right, so I kept all of the surfaces facing that direction brighter, and added shading to the opposite sides that would be in shadow.  Using my stamp positioner, I added in the mountains from #5198 - WC Mountains Set coloured in #553.  I added the trees using #5372 - WC Mini Foliage Set in #177/249, masking the houses so that they would appear behind them, and adding some shrubs in front.  I painted in the hills with #565, added a wash of green for the grass, blue for the sky, and then placed the fence from #5371 WC Barn Set using #969. 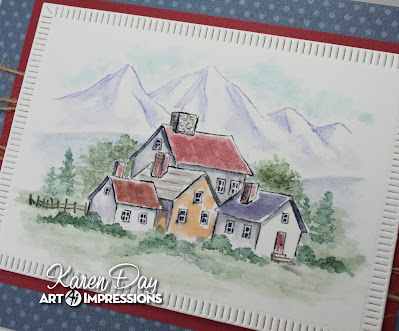 I used a decorative die, wrapped some twine several times around my card base, and mounted it with some 3D foam adhesive. 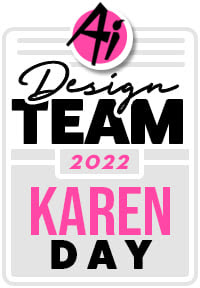